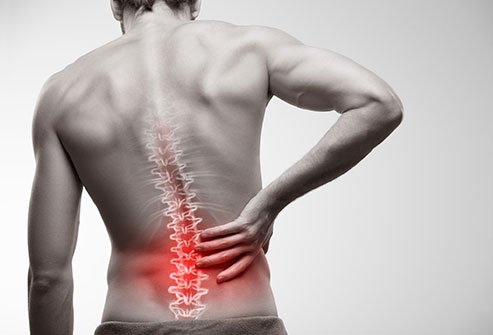 That Old Bad Back

By: Robert Oliver
In: Back Pain

Long ago in 1972 I took a year out of my new plastering business to have some fun working for the then Berkshire County Council in a road gang with my older brother who promised good earnings in return for hard work and maximum bonuses. The call of the £££’s was stronger than my call for building a small business seriously back then.

The work was hard, but it was great fun and a proper body-builder as I was laying four-foot by eighteen inch concrete pipes, kirb-laying, tarmacing, digging trenches by hand, all good character building stuff and loads of banter to be had all day.

On one job, we were straightening Hollow Lane in Shinfield, Berks and I was designated chief Set-Layer (Granite Blocks laid at a 60% angle as a kirb). The weather was ‘fresh’ shall we say, but because I loved hard work, I would just wear a T-shirt to avoid getting too hot’n’bothered. Of course the old boys would keep telling me “You’ll get a chill in your back, you’ll be sorry then” but like all 20 something’s I wasn’t about to take any notice whatsoever… OOPS!

I got home one night, sat in the chair while my wife got the dinner, went to get up – but I couldn’t – I’m begging the Missus to take my hand to lift me out of the chair and she just stood there laughing hysterically, she thought I was messing about and it took quite a bit of convincing that I wasn’t.

There the story starts. A week off work without pay, and a slow’n’steady return to form as I got back to work rather gently. Another month or so and I left the council and went back to plastering as it seemed the more ‘sensible’ option – and for a few years – it was.

I started taking on more and more site work and things were going really well for me, both physically and financially. I took on extra plasterers and labourers and really started ploughing into the work like it was going out of fashion – and THEN! – Yep, I got hit again with the old menace – A bad back.

I went to the doctors and she told me I really needed to rest, but gave me some ‘Wonder capsules’ called Rhumox. It was absolutely amazing! It gave me the feeling that my back was made of ‘sorbo rubber’ and the pain just dissolved away leaving me able to plough right back into work again at full pelt. I was taking these capsules for a couple of months when my prescription was suddenly stopped and my doctor said it had been withdrawn due to neurological consequences.

Now as ‘luck’ would have it, after I stopped taking them, my back felt OK, so I was probably taking them through habit rather than necessity because they made my back feel so comfortable. Anyway, it was ‘carry on as normal’ – knock out as much work as possible in a day, every day as the work was gathering momentum and ‘had’ to be done.

During the mid-eighties I was regularly having to take periods off work as the old bad back would rear it’s ugly head. Each time it would seem to be worse than the previous episode until I had to cut down my work rate and just do ‘private’ work – extensions, renovations etc, that I could back off from for a few days without causing ‘too much’ upset for all concerned.

Come December 1987 though I got HIT really hard, thought I’d had a stroke, even a brain tumor or something. I was working on a renovation at Shiplake House, Shiplake, Oxon when I didn’t get the bad back as such, but lost all of my co-ordination and was partially paralysed down one side of my head and torso. I got to the doctor who immediately contacted a Neuro-consultant who asked me to do some intrusive tests, Lumbar Puncture, brain scan, full body scan, blood tests etc – Not a happy time.

In February 1988 I heard the results – I was diagnosed with Multiple Sclerosis and the consultant said the full body scan showed irreparable damage to my lower spine and that he thought the nerve damage had started there. I was shocked and off work for while, but I gently got back to work as we couldn’t live on the paltry benefits of the day. Interest rates had shot to 18% on our mortgage and if you were Self-Employed you got next-to-nothing. Not complaining here, just stating WHY I needed to get back to work.

Late 1988 and I’ve returned to work very gently at first, but I seemed to get some sort of remission and was soon pushing the limits to earn as much money as I could. It was a no-win situation because the more money I earned, the more time I had to keep taking off of work because of the back-spasm caused by the MS. At one point I was off for a couple of months, hospitalised for five days at that, as my back went into ‘super-spasm’ – I genuinely thought I was dying, the pain actually made me SCREAM!! and I’d ‘never’ screamed before in my life.

After leaving hospital and getting back into more gentle work I’d work a week, have a few days of, work a few days, have another few days off, and so it went on until the 9th April 2007 (Yes! I do remember that date) when the old MS HIT Me like a bolt-out-of-the-blue. I was housebound for a few months, and genuinely disabled for several years after. In 2019 I started getting more mobile and even thought about maybe getting back to doing very small plastering jobs to bring in a little more than my paltry pension. THEN I went to lift a piece of wood, not heavy, just out of reach, and BAM! That old bad back showed me it STILL wasn’t finished with me…

The Moral of the story?… No matter How Old or Young you are – Please look after your back, as it stays with you for LIFE once you do damage it.

2021-10-23
Previous Post: Can You Get Skin Tags On Your Face?
Next Post: What Are Vinyl Weights And What Are They Made Of?

Comments are closed, but trackbacks and pingbacks are open.